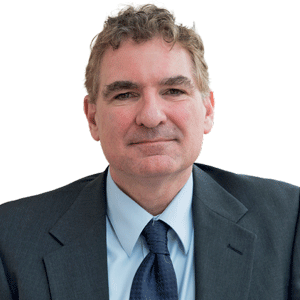 To be a transformational leader you must first hone your skills as a leader. There are many different types of leaders (outside of the CIO) inside your organization, recognizing who those leaders are will help you to make more educated, informed decisions. To be a leader requires three very basic elements: title, experience and knowledge. To be a transformational leader requires another set of skills entirely.

The basic elements of leadership, I learned immediately upon graduating college in the early 1980’s as an Industrial Engineer, in a manufacturing plant, in Waco, Texas. I was informed by my boss that the prior industrial engineer also managed the maintenance crew, so he felt that I should do the same. Not knowing what that would mean, and wanting to please my boss, I eagerly agreed. Later that day a very large man came into my office, sat down, took out a cigarette and without introducing himself said, “I have tools older than you”. Now with a lit cigarette he realized I did not have an ash tray. This became a little comical as he used my almost empty coffee cup. I came to find out after several other questions that he was the foreman of the maintenance crew and his name was John.

Eventually John agreed to introduce me to his team, and as we walked to the maintenance office he casually mentioned the union rules to me. They stated: the penalty for striking anyone (including your new boss) was three days suspension without pay for the first offense. He added that none of his crew had made use of their first offense. Note to self.

When integrity is on the line, what you do is more important than what you say

Over time, I won John and the team over by using my mandatory Saturday work to spend time with whoever had the weekend duties. I had to be in the office from 8:00 a.m. to noon every Saturday, so I would check in with my boss and then go out to see what the projects were for maintenance that day: welding up a cooling tower or fixing a piece of equipment. I won them over as their leader by earning leadership.

Transactional leaders keep the business running and react to issues as they arise. A transactional leader simply needs experience, basic knowledge and title. Transformational Leaders require two additional aspects: respect and trust. I have long believed that conferring authority is a myth, in leadership; respect is earned by demonstrating respect for the team and integrity of character. Showing up and being able to get your hands dirty as a manager does not hurt. When integrity is on the line, what you do is more important than what you say. Trust occurs when the team moves forward with your vision having confidence that you will support and guide them when push back follows. No one wants to change for change’s sake, so it is important to create a case for change with evidence-based research, to support your vision of the end state.

As a Transformational leader you are reinventing - a new framework, new values, new rules and ways of doing business - changing the way “it has always been done”. You need to be able to take criticism and really listen, because you will not change resistance, but aim to minimize concerns. Leading change is not a science; it is a gradual process of discovery in which the change leader to reacts to problems, setbacks, and successes. During organizational change, a transformational leader communicates through a road map, which they design to establish a change sequence and set of guiding principles. The most common guiding principle I use is “follow the money”. Transformational leaders assign the correct resources to the task. They utilize talent, experience, and desire for change that already exists. The correct resources must be well-respected individuals with the willingness to risk their careers in order to ensure a successful outcome.

I believe what defines transformational leaders is not their philosophy of leadership, their personality traits, or their style of management. Rather, it’s their internal logic, how they interpret the data and facts presented and react appropriately. In a recent poll, 65 percent of executives indicated introversion was a barrier to rising through the corporate ranks, they favored extroverts. In my opinion there’s no correlation between being the best talker (or public speaker) and having the best ideas. I personally like to blog and write articles to communicate my message to my team. IT professionals usually do not have the chance to interact together in person, and I appreciate being forced to step back and really process my thoughts.

In sum, my prevailing observations about transformational leaders are below.

Credible coaches-- Many think credibility comes from experience, but it really comes from being a strong role model.

Determined to act-Engaging with others to create a connection, increases motivation for change in both leader and the team.

Intuitively appealing-People are attracted to transformational leaders because what they propose makes sense to them.

Envision a strong, positive future-And then translate that vision into a specific set of goals and a well-defined roadmap.

Precision Aircraft Solutions: Trailblazing the Next Generation of Freighter Conversion

Unlocking the Value of Connected Cars

Comprehensible Distribution of Training and Information...

The Current Focus is On Comprehensive Solutions

Big Data Analytics and Its Impact on the Supply Chain

Carmax, the Automobile Business with IT at the Core

The CIO's role in rethinking the scope of EPM for...

Transformative Impact On The IT Landscape

Get Ready for an IT Renaissance: Brought to You by Big...

Technology to Leverage and Enable

Speed is the Name of the Game

Hybrid Work Has Forever Changed The Need For It In Ramboll

How T-Mobile brought an Un-carrier approach to tech hiring

Great Expectations: Balancing the diverse needs of a city in a...

"Discovery and Delivery" - An Approach to IT Workload Balance

However, if you would like to share the information in this article, you may use the link below: